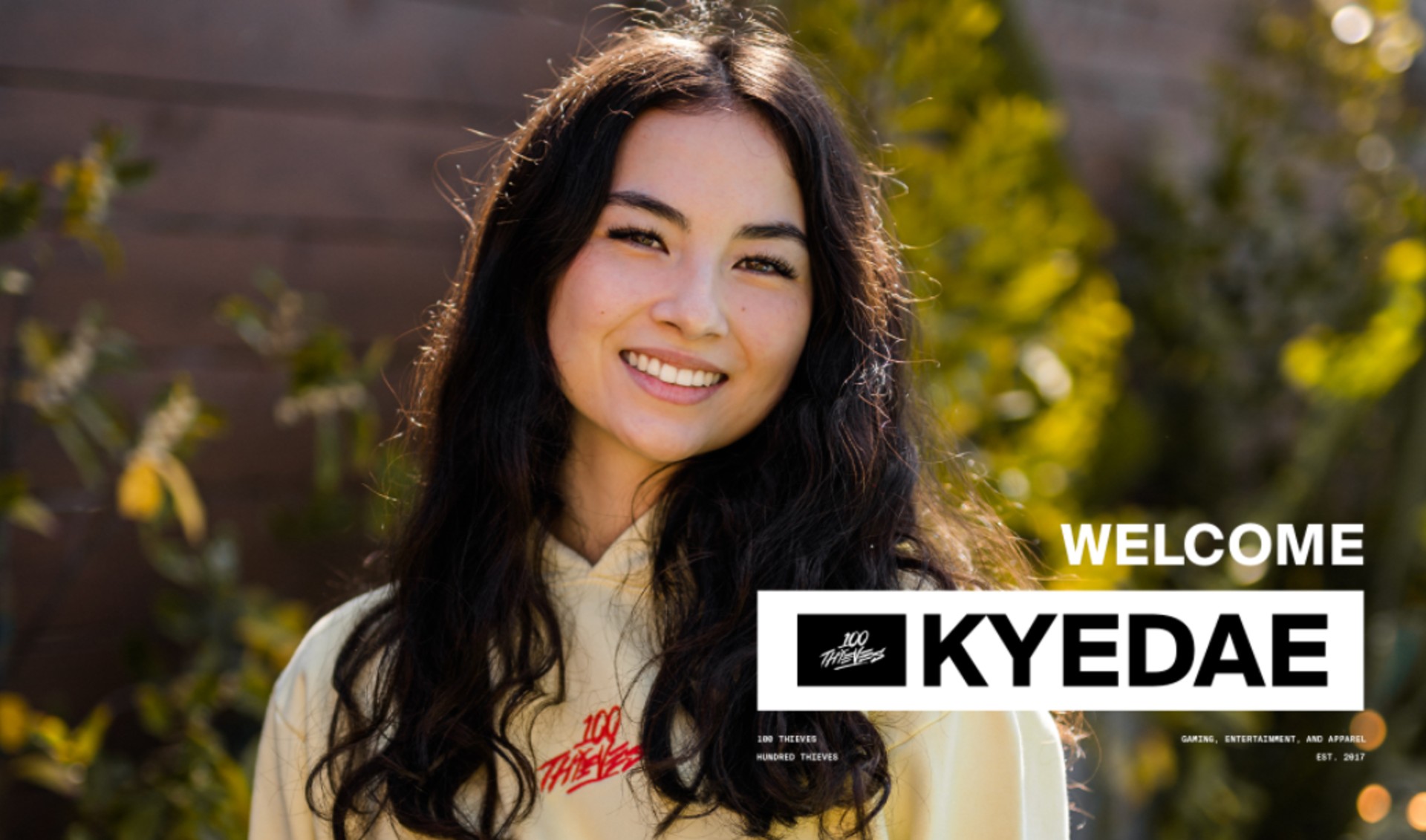 Esports org and apparel brand 100 Thieves has signed its first non-U.S.-based streamer, the Japanese-Canadian creator Kyedae Shymko, who also happens to be its youngest member to date and first-ever Valorant player.

Nineteen-year-old Shymko, who lives in Canada and speaks fluent English and Japanese, started her streaming career in Nov. 2020 and has amassed a roughly 400,000 followers collectively on YouTube and Twitch in rapid order. In addition to streaming a variety of games, Shymko also shares IRL content, chronicling her life as a college sophomore majoring in biology.

As a 100 Thieves member, Shymko will tap into the company’s creator network, as well as its marketing and content production teams, to continue to expand her reach.

100 Thieves notes that the signing marks its latest move in an ongoing mission to elevate women in the gaming industry, after it named longtime member Rachel ‘Valkyrae’ Hofstetter one of its co-owners last week. (At the same time, another high-profile 100 Thieves member, Jack ‘CouRage’ Dunlop, was also named to the company’s ownership circle). 100 Thieves says it is in talks with other female creators who will be announced to its roster later this year.

“We’re always on the lookout for breakout creators to help them boost their gaming careers,” founder and CEO Matthew ‘Nadeshot’ Haag said in a statement. “I have so much respect for Kyedae and her work ethic. She’s built such a strong community over just a few months despite being a full-time biology major with a full course load. I can’t wait to work with her more and help her reach her full potential as a content creator.”

It’s official: the D’Amelios will make their bow on Hulu Sept. 3. The first family of TikTok announced the date in...

The cult-favorite music video for Rick Astley’s 1987 single “Never Gonna Give You Up” has joined YouTube’s illustrious 1 billion...

Instagram is doubling the maximum length of its TikTok copycat, Reels, which can now be up to 60 seconds long....