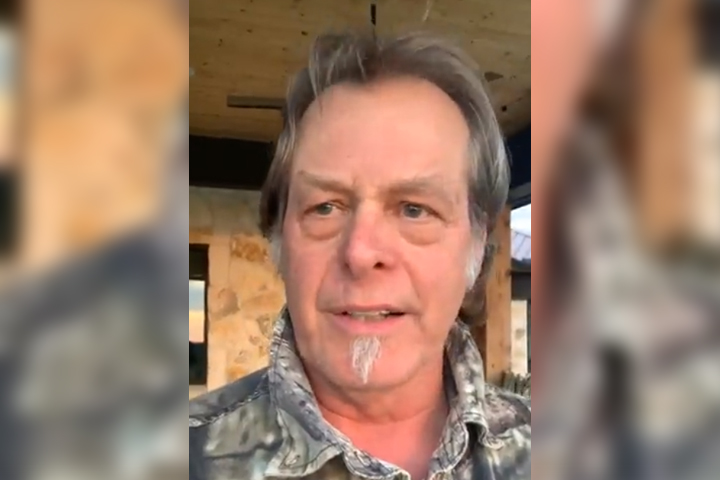 Keepsakes no more: The coming extinction of concert tickets – National

You don’t have to believe in the coronavirus to get it, as musician Ted Nugent acknowledged with the revelation that he has tested positive for COVID-19.

“I was officially tested positive for COVID-19,” Nugent revealed on Facebook Live Monday. “I got the Chinese s—,” he added, in a nearly nine-minute video peppered with profanity, anti-Asian racism, conspiracy theories and false claims about the virus.

Nugent revealed that he had flu-like symptoms for 10 days, and that he finally got tested on Monday.

“I thought I was dying,” he said. He added that he could hardly crawl out of bed, and that the agony of the disease finally prompted him to get tested for it.

Read more:
Man hurls rabid bobcat across his lawn to save wife in dramatic video

Nugent then launched into a tirade against getting tested at all.

“What would be the good from knowing?” asked the musician.

“It’s not good to know,” he added, before pushing several conspiracy theories and hailing the values of “truth” and “logic.”

The revelation came less than a month after Nugent blasted lockdowns on social media.

“My common sense meter would demand the answer to: Why weren’t we shut down for COVID 1 through 18?” he said earlier this month on Facebook Live.

Nugent spent several months denouncing the pandemic as a hoax, often while voicing his support for ex-U.S. president Donald Trump. He suggested that the pandemic was “not real” and a “scam.” He also claimed that people who wore masks were “sheep.”

Despite testing positive, Nugent on Monday continued to cast doubt on the pandemic while pushing pro-Trump conspiracy theories.

His tirade was occasionally punctuated with a dry cough.

— With files from The Associated Press

Comedian Kathy Griffin is recovering in hospital following the successful partial removal of one of her lungs. According...

Keepsakes no more: The coming extinction of concert tickets – National

A couple of years back, a buddy and I made a trip to New York to see a...

An Ottawa drummer with a passion for collecting reel-to-reel tapes deserves applause for the coming release of a...