By Adam Schrader For Dailymail.Com

A drunken Walmart shoplifter in Washington State who allegedly hit a parked car before entering the store was caught on video getting knocked to the ground after another customer confronted him.

The wild video footage starts as an employee seen in the signature blue Walmart vest tries to stop the unmasked Robinson from leaving the store.

Robinson, wearing a dark top, tells the worker to ‘back up’ while approaching the exit and carrying an unknown item.

‘You better put that down before I knock you out,’ says another customer in a white shirt to the drunken Robinson.

Scroll down for video 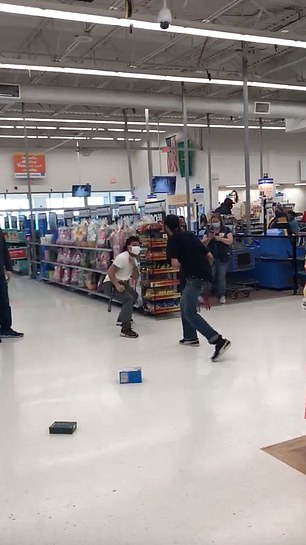 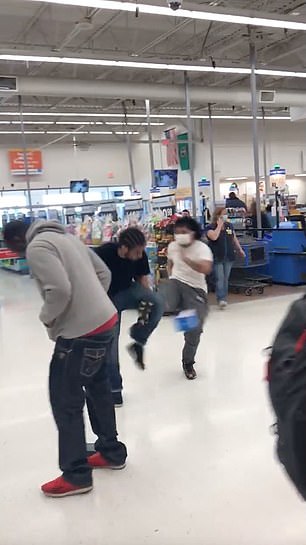 A customer, in white, approached a man shoplifting and ordered him to drop the merchandise. When the drunken man went to pick it up, the other customer kicked it out of his hands 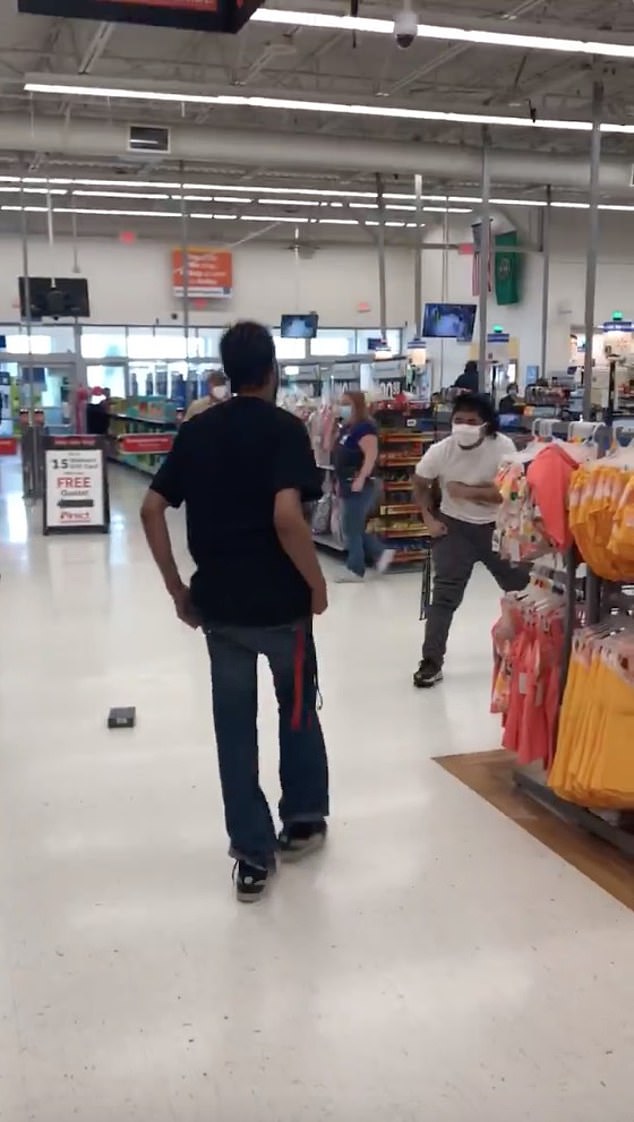 Employees are heard shouting at the men to ‘stop the fight’ while the customer pounds the drunken man later identified as Troy K. Robinson 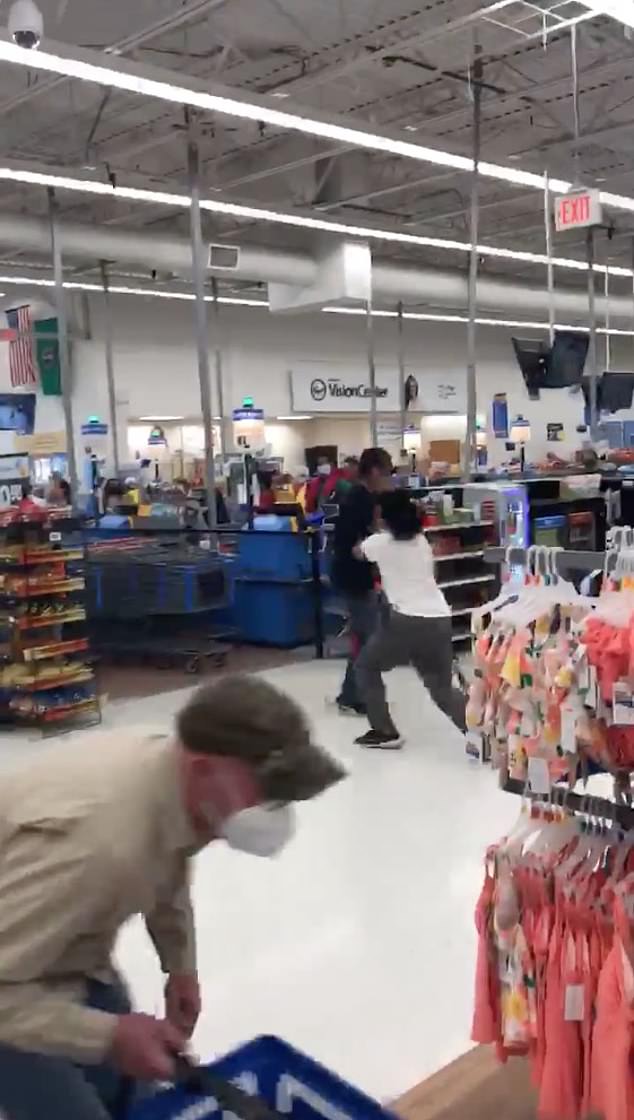 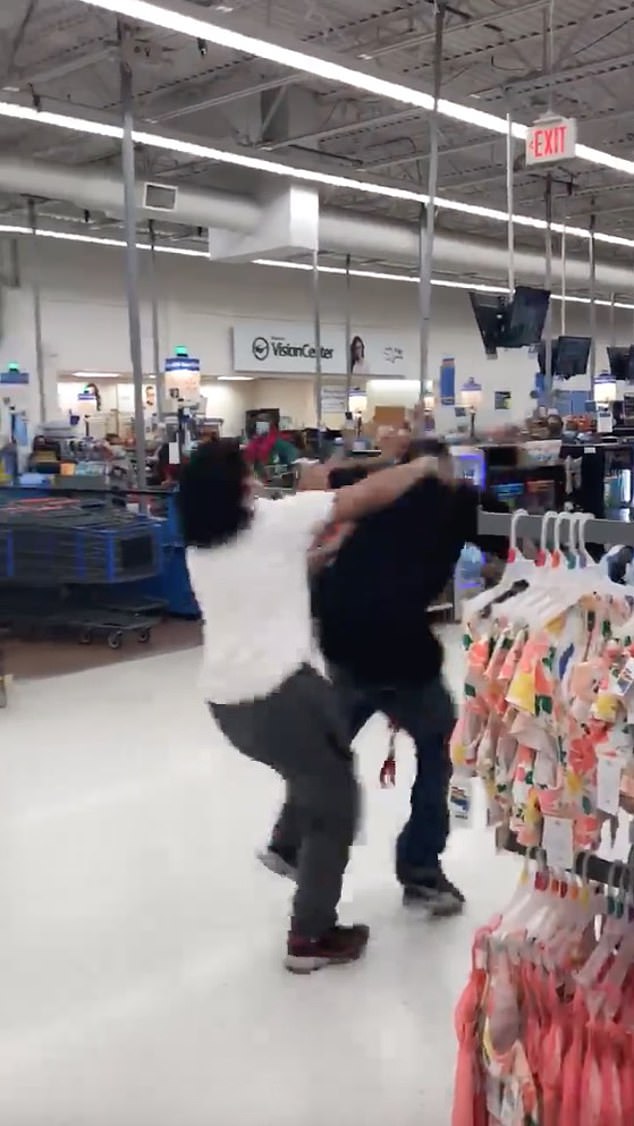 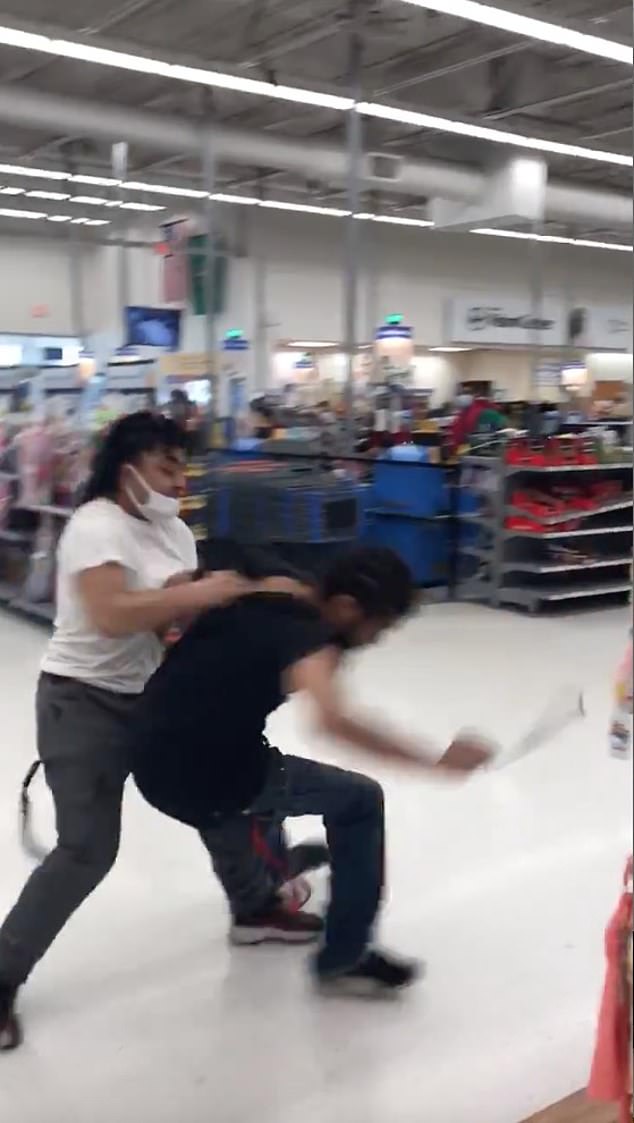 Robinson drops what he is carrying as the two raise their fists and start circling each other.

Before the blows start, Robinson picks up the merchandise he was attempting to steal – which is kicked out of his hands by the other customer.

Employees are heard shouting at the men to ‘stop the fight’ while the customer pounds the drunken man – who attempts to swing at him but is quickly taken to the ground.

A store security guard then taps for the other customer to get off of Robinson. 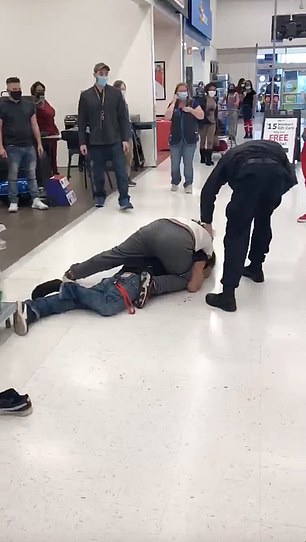 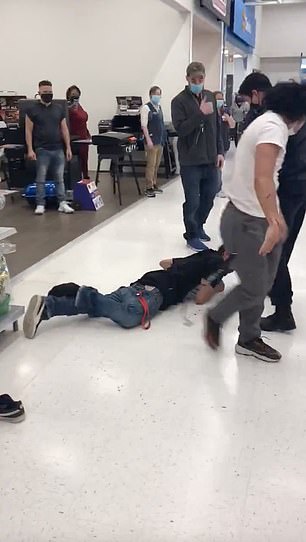 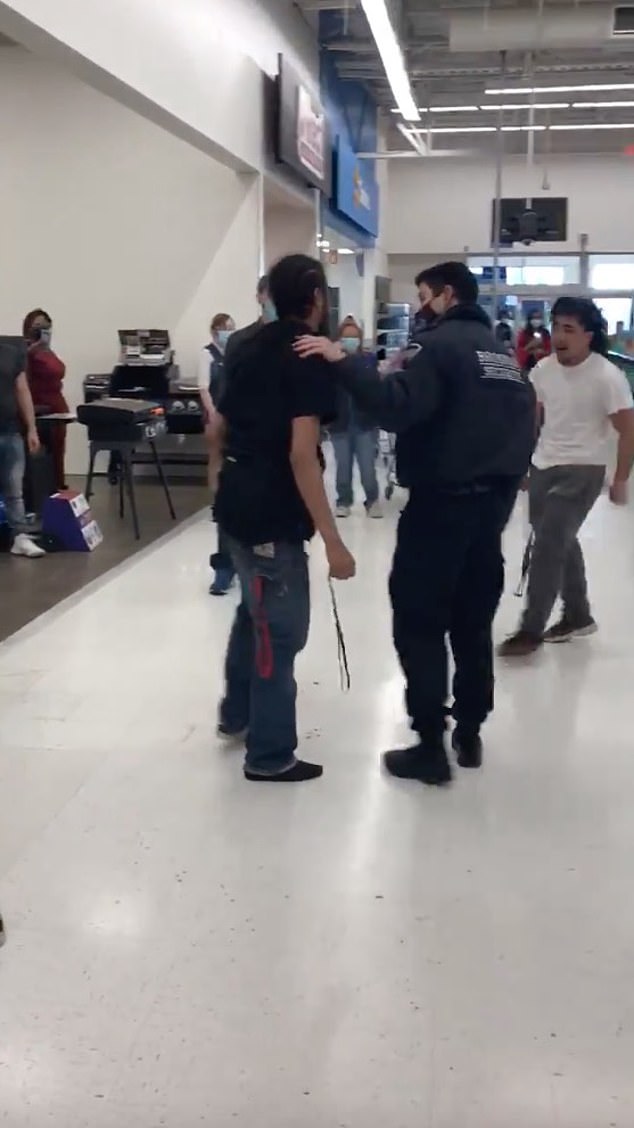 Commander Schwan told DailyMail.com that the incident first started in the parking lot when the drunken man allegedly drove into a parked car but casually strolled into the store without acknowledging the wreck happened.

Officers were dispatched for a hit and run in the parking lot around 3pm on Tuesday.

‘Further investigation revealed Robinson had entered the business and was attempting to shoplift when confronted by store employees,’ Schwan said.

‘Robinson allegedly threatened to assault anyone who touched him and that is when a 21-year-old male community member stepped in and confronted Robinson.

Robinson walked outside of the store and was immediately arrested by cops waiting for him.

‘When officers arrived they located Robinson in the parking lot and detained him,’ Schwan said.

That 21-year-old shopper who had brawled with the drunken man suffered a cut to his hand that required medical attention, cops said.